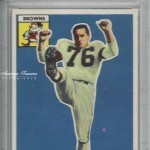 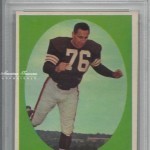 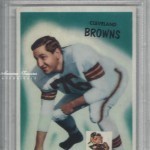 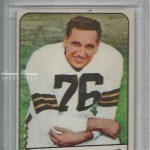 Lou Groza authentic autographs are not easy to come by but are affordable to only the moderate to advanced collector.. Lou Groza died at the age of 76 on November 29,2000. Lou Groza autographs will get harder to find in the future. There are not many autographed cards out on the market that his signed before his death. If you want a signed mini helmet, photo or jersey these are pricey and are very hard to find.